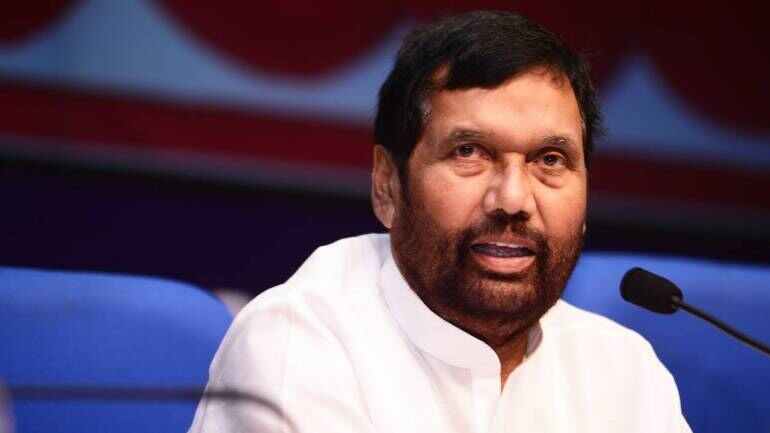 Ramvilas Paswan(श्री राम विलास पासवान) was born on July 5, 1946, in Bihar, India. He belongs to a Dalit family. He pursued a degree of Bachelor of Law and Master of Arts from Kosi College, Pilki and Patna University. He married Mrs. Rajkumari Devi in 1961 with whom he had two daughters. But they got divorced in 1981. But he revealed his divorce in 2014. He got married again in 1983 with Mrs. Reena Sharma with whom he has a son and a daughter.

In 1969 he was elected in Bihar State Legislative assembly as the member of the Samyukta Socialist Party from the reserved constituency. During the emergency period in India in the year 1975, he was arrested and spent the entire period of emergency in jail. As he was born into a Dalit family, he formed a Dalit Sena in 1983 for the Dalit liberation and welfare. He formed another party in 2000 Lok Sabha Janshakti Party as its President. He was the member of Rajya Sabha from 2010-2014. He was also the Lok Sabha member for eight times and the former Rajya Sabha member. Currently, he is serving as the Cabinet Minister of Consumer Affairs, Food and Public Distribution.

Send your problems through e-mail to Ramvilas Paswan

Address: Select Address according to your needs from a list given above.