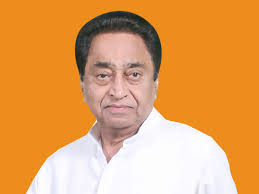 Mr Kamal Nath is an Indian Politician and the former Minister of Urban Development. Mr Kamal Nath is one of the senior members of the Lok Sabha. He is the member of the Indian National Congress. He was born on 18 November 1946 in Kanpur, UP. His Father’s Name is Late Shri Mahendra Nath and Mother’s Name Smt. Leela Nath.

Mr Kamal Nath Political Career is very interesting as from the young age Kamal Nath has a nice relationship with the Gandhi Family. He was elected as the member in the Lok Sabha in the Year 1980 and continued for the many terms in the Lok Sabha in the year 1985,1989, 1991, 1998, 1999. He was made the Union Minister of State, Environment, and Forests from the year 1991 to 1995 and Textile in the year 1995-96. In the year 1998, he also became a member of the Committee of Petroleum and Chemical and Parliament Local Area Development Scheme.

In the year 1999, he became the  Member, Standing Committee on Finance and also the Member of Consultative Committee in the Ministry of Mines and Minerals.

He also became the Union Cabinet Minister of Commerce & Industry, Road Transport and Highways, Urban Development, Parliamentary Affairs and also remained as the member of the Committee for Tourism.

If you want to meet Kamal Nath then you can go to this address but make sure you have an appointment.

Write a letter To Kamal Nath

If you want to write a letter to Kamal Nath. Then follow this process given below.

You also contact them through by Social Media, Website, E-mail, or Telephone. All the contacts numbers or addresses are mentioned above. Please check according to your convenience.