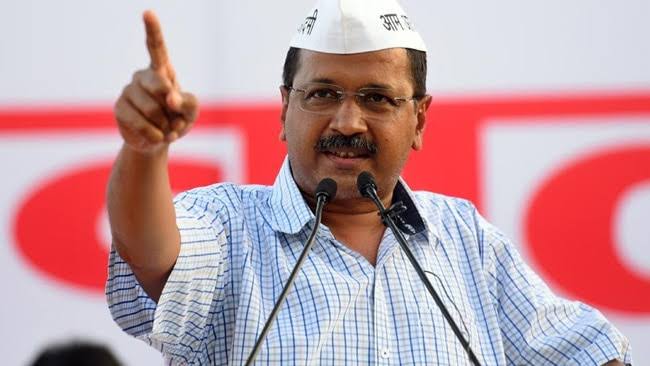 Arvind Kejriwal was born on 16 August 1968, in Siwani, Haryana. His father’s name is Gobind Ram Kejriwal and mothers name is Gita Devi. Arvind has two younger siblings. His father was an electrical engineer and mother was a well-educated woman for her time. Arvind went to Campus School in Hisar and at a Christina Missionary Holy Child School at Sonepat. He graduated in Mechanical Engineering from Indian Institute of Technology Kharagpur. He joined Tata Steel in 1989 and was posted in Jamshedpur, but he resigned in 1992 to study for the Civil Service Examination. He spent some time in Kolkata and volunteered The Missionaries of Charity. Kejriwal joined the IRS as an assistant commissioner of  Income Tax in 1995. Arvind Kejriwal was Married to Sunita Kejriwal in 1995. He has two children. He has a daughter named Harshita and son named Pulkit. He is a vegetarian.

Kejriwal is an Indian anti-corruption activist and a former bureaucrat turned Politicians who are the seventh Chief Minister of Delhi. He is the National Convener of Aam Aadmi Party[AAP] that was launched in November 2012. Kejriwal had been a social activist long before he entered the world of Politics.Later on, he became involved with Anna Hazare in his India Against Corruption[IAC] movement following which he launched the Aam Adami Party. He became a Chief Minister of Delhi in December 2013 but resigned after 49 days.

Kejriwal discussed his views about the Corruption in his book Swaraj. He claims that a foreign Multinational Corporation has too much power in the central govt. and the politicians at the center are not being held accountable for their actions after their election. On 2 March 2016 Delhi High Court asked Chief Minister Arvind Kejriwal suspended BJP MP Kirti Azad to file to their written statement in a Civil Defamation suit for Rs 5 crore filled by DDCA.

Arvind Kejriwal was awarded the Satyendra K. Dubey Memorial Award by IIT Kanpur for his campaign for bringing transparency in Governance. He also awarded for the Ramon Magsaysay Award for Leadership in 2006 for his involvement in Parivartan Movement. He denoted his money and funds to the NGO.

Send your problems by mail id to Arvind Kejriwal

If you want to meet Arvind Kejriwal then you can go to this address but make sure you have an appointment.

Delhi Chief Minister’s office is the controlling point of all the departments which comes under the Government of New Delhi.  The CM Office is located at Kaushambi Ghaziabad

Write a letter To Arvind Kejriwal

If you want to write a letter to Arvind Kejriwal. Please follow this process given below.

You also contact him through by Website, Address, E-mail, Telephonically or Social Media. All the contacts numbers or addresses are mentioned above. Please check according to your convenience.