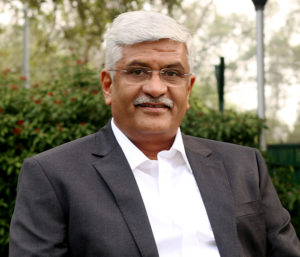 Gajendra Singh Shekhawat, an Indian politician, born on October 3, 1967, in Jaisalmer, Rajasthan and brought up in a Rajput family. His father’s name is Mr Shankar Singh Shekhawat. He did his post-graduation in  Master of Arts and Master of Philosophy from Jai Narain Vyas University, Jodhpur. He married Mrs Nonand Kanwar with whom he had three children.

He came into politics in 1992 by being elected as the President of Student Union at JNV University. In 2014, in the 16th Lok Sabha elections, he was elected as a member of Parliament. He is the most followed Indian politician on Quora. He won the elections against Vaibhav Gehlot in Indian general elections in 2019. He belongs to Bhartiya Janta Party (BJP). He is Member of Parliament from Jodhpur constituency in Lok Sabha. Currently, he is working as the Union Cabinet Minister, Ministry of Jal Shakti. He is also serving his duties as National General Secretary of BJP Kisaan Morcha which is the farmer’s wing of Bhartiya Janata Party.

Send your problems through e-mail to Gajendra Singh Shekhawat

If you want to write a letter to Gajendra Singh Shekhawat Then follow this process given below.

You May also like to read about: Hon’ble President Of India Shree Ram Nath Kovind