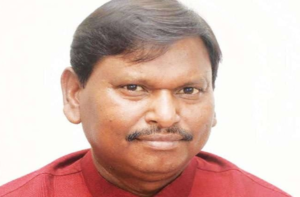 Arjun Munda is an Indian politician who was born on May 3, 1968. He was born and brought up in Krangajhar, Jamshedpur. His father is Late Ganesh and his mother is Mrs Saira Munda. He did his schooling in Jamshedpur only. He pursued his graduation degree from Ranchi University. He got his PG diploma in social science from Indira Gandhi National Open University. He married Mrs Meera Munda. He is a multilingual person as he can speak many languages like Hindi, English Bengali, Odia. He is also the speaker of many tribal languages like Ho, Oraon, Santhali and Mundari etc.

He has a keen interest in politics since his early teens. He took part in the Jharkhand movement by Jharkhand Mukti Morcha (JMM). With JMM ticket he contested elections in Bihar Legislative Assembly from Kharasawan constituency in 1955. Late he got attracted by BJP’s vision and mission for Jharkhand’s tribal state, so he joined BJP. He was the re-elected to Bihar Assembly in the year 2000 with BJP ticket. He was also a member of 15th Lok Sabha and contested elections from Jamshedpur constituency. He is also the former Chief Minister of Jharkhand in 2010. In the second term of Mr. Narendra Modi government, he sworn oath as the cabinet member of Ministry of Tribal Affairs on May 30, 2019.

Send your problems through e-mail to Arjun Munda

Write a letter to, Arjun Munda

If you want to write a letter to Arjun Munda Then follow this process given below.

Keeping it short and crisp so that it gains attention.