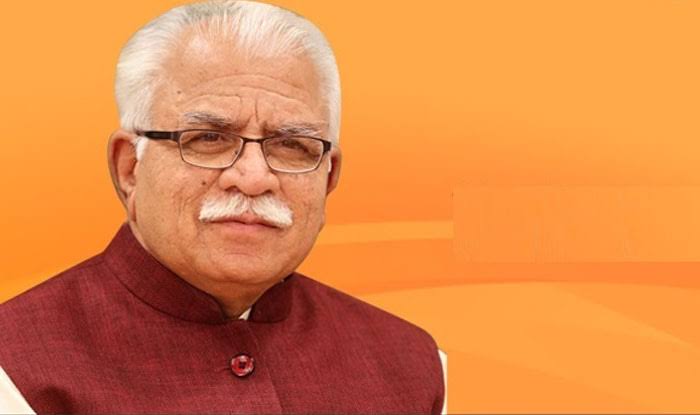 Manohar Lal Khattar is the present Chief Minister of Haryana. He is a member of Bhartiya Janta Party. He was born on 5 May 1954 in Nindana Village of Meham in Chobisi Tehsil of the Rohtak District Haryana. His father name is Harbans Lal Khattar who belongs to the Khatri family. He was a shopkeeper who came from Pakistan to Haryana after the partition of India in 1947. His family settled in Binyani village of Rohtak District [Punjab] which is now in Haryana and took up in farming.

Khattar completes his high school from Pandit Neki Ram Sharma Govt. College Rohtak. Then he moved to Delhi and ran a shop in Sadar Bazar. He completing his Bachelor Degree from Delhi University. He is unmarried and lives a simple life.

Khattar joined RSS in 1977 as a post of full-time Pracharak. He worked as a full time of Pracharak for 14 years for moving to BJP in 1994. Khattar was an organizational General Secretary of BJP in Haryana from 2000-2004. He was appointed as a Chairman of BJP Haryana Election Campaign Committee for 2014 Lok Sabha Elections. Then he became a member of a BJP National Executive Committee. Khattar was nominated as a BJPs candidate from Karnal Constituency for the Haryana Legislative Assembly Election in 2004. In these elections, the BJP gained a majority in Haryana for the first time and he won by 63,736 votes. After that, his name was suggested to Chief Minister Of Haryana post by Haryana BJP president Ram Bilas Sharma and he supported by many MLAs. Then he becomes a BJPs first Chief Minister of Haryana on 26 October 2014.

Manohar Lal Khattar has introduced E-Services through common service centres including Biometric Attendance System to all the Govt. Offices of Haryana so that the attendance of all the officers will be monitoring online. He also taking steps for the welfare of Girl Child “Beti Bachao Beti Padhao” Yojna Schemes because of less ratio of the girl child in Haryana. Khattar announced that Haryana will have an all-woman police station in each district and started a 24*7 portal called “Harsamay” for online services. These are the major initiatives done by the Chief Minister of Haryana.

Khattar faces controversies by some local BJPs leader who considered Khattar as an outsider. This became an election issue in Karnal constituency. However, he managed to win.

If you want to contact you CM via phone call. Please use these numbers.

Send your problems on mail id to Manohar Lal Khattar.

If you want to meet Manohar Lal Khattar then you can go to these addresses but make sure that you have an appointment.

Haryana Chief Minister’s office is the centre for all the departments which comes under the Government of Haryana. The CM Office is located at Sector-1 Chandigarh.

If you want to write a letter to Manohar Lal Khattar Please follow this process which is given below.

You also contact them through by E-mail, Telephonically or via Social Media channels. All the contacts numbers or addresses are mentioned above. Please check according to your convenience.